5 Types Of Strong Evidence For Your Personal Injury Case

The evidence you present during a personal injury case is key to winning your claim. But not all evidence is equally weighted when trying to convince an insurance company, opposing attorney, or jury. What is the best evidence? Here are five types of strong evidence and why they matter.

Physical evidence refers to anything that you can physically touch in person. In auto accident cases, it may include a broken piece of the car, a driver's phone from which they were texting, or a bottle of alcohol at the scene. Physical evidence is compelling because it's tangible and provides a visual aid.

Auto accidents are the most common to call for a police report, although you can get one for other kinds of personal injuries. Police reports are strong evidence because the officers or agents who complete them are considered reasonably reliable and impartial witnesses. They also contain many important facts.

If you cannot bring an item directly into the courtroom, photos and videos are the next best thing in most cases. Both forms of evidence allow the jury to see with their own eyes rather than relying on what witnesses recall or descriptions by experts. A strong set of photographic or video evidence may include pictures of injuries, vehicles, or equipment involved in the accident, weather conditions, road conditions, or broken items at the scene.

Witnesses may or may not be strong pieces of evidence. Eyewitnesses can help support your own statement of events and provide context for photos or videos. And witnesses with little connection to you, such as strangers who happened to witness your accident, are often given the most credence by juries. The witness, though, must be seen as very reliable, truthful, and trustworthy to be good evidence.

As with police reports, medical reports can be very convincing because they are prepared by generally unbiased professionals. Medical reports and accompanying experts are important in personal injury cases as they help build your case for the compensation you need. While professional and thorough, good medical evidence also has to be understandable by the jury.

Which of these categories of strong evidence applies in your personal injury case? The best cases have multiple forms of evidence to build strength upon strength. Get help building your best mountain of evidence by meeting with a personal injury lawyer in your state today. 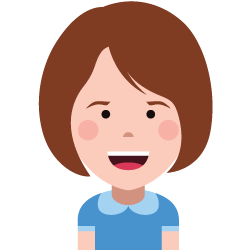 Suing for wrongful termination is difficult, and you should never attempt it without the help of a good lawyer. Many states are "right to work" states, where employers have great latitude to hire and fire as they please. A firing may be unfair, but still not legally actionable. If you don't have good legal advice, you may lose time and money trying to sue, only to have your case dismissed. In this blog, I'll share what I've learned about actionable wrongful termination and employment discrimination lawsuits. The information in these posts should help you decide whether or not you have a case and help you figure out what to look for in a lawyer.